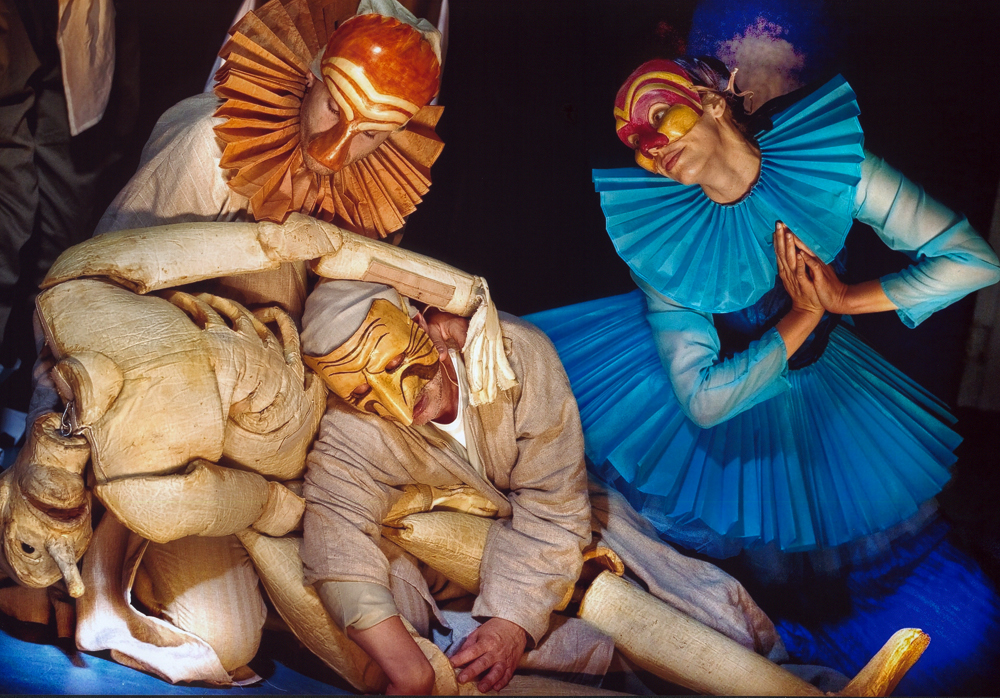 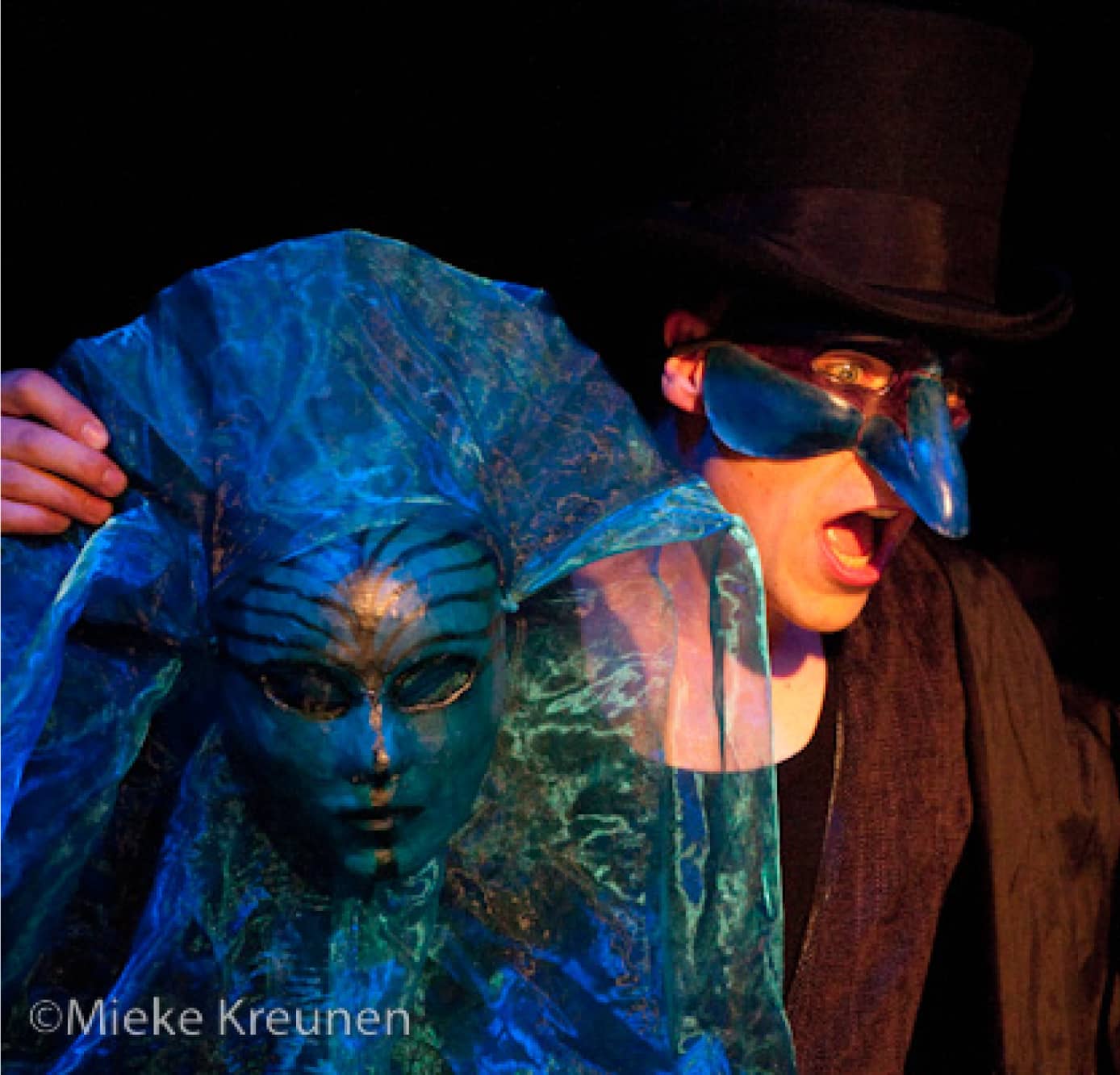 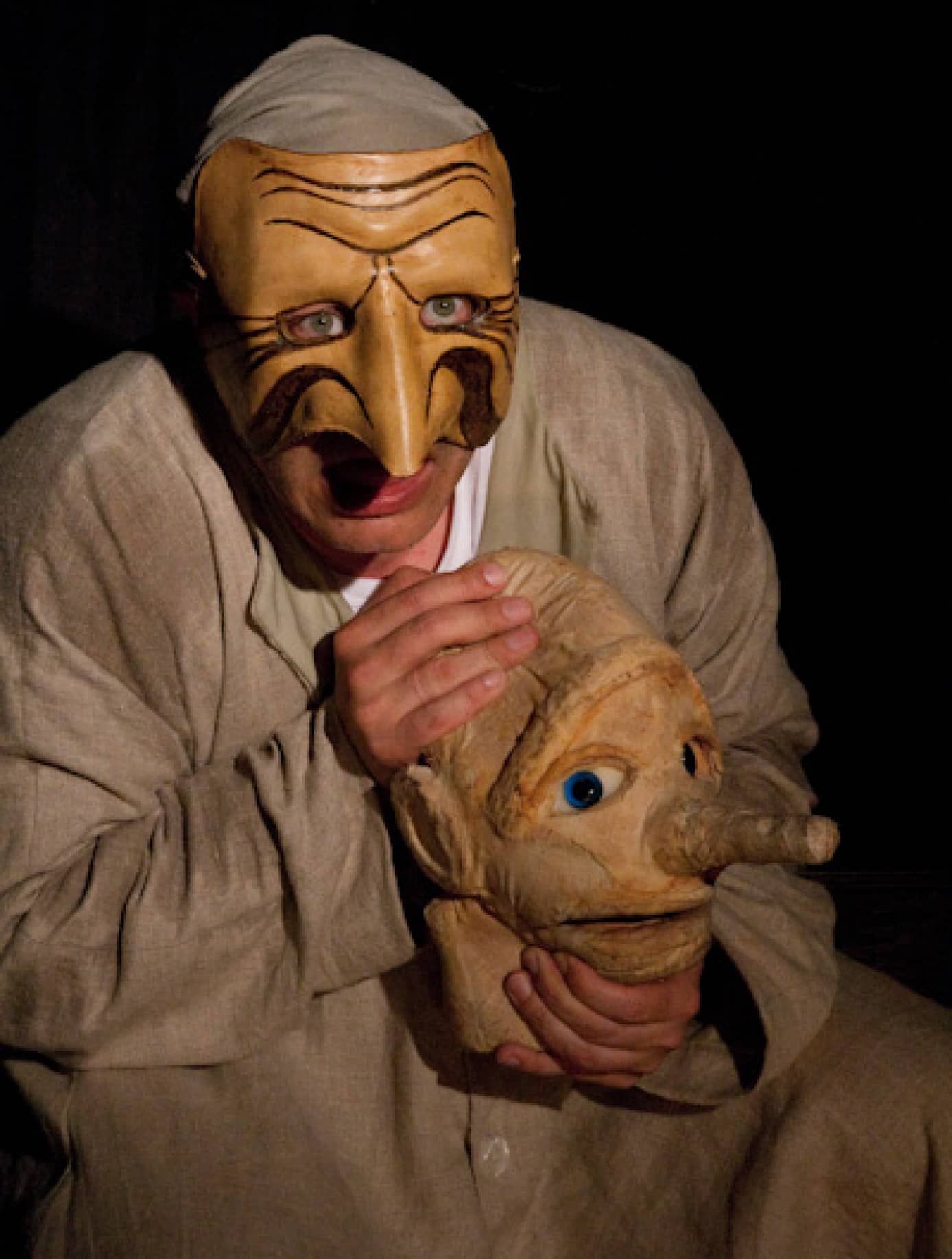 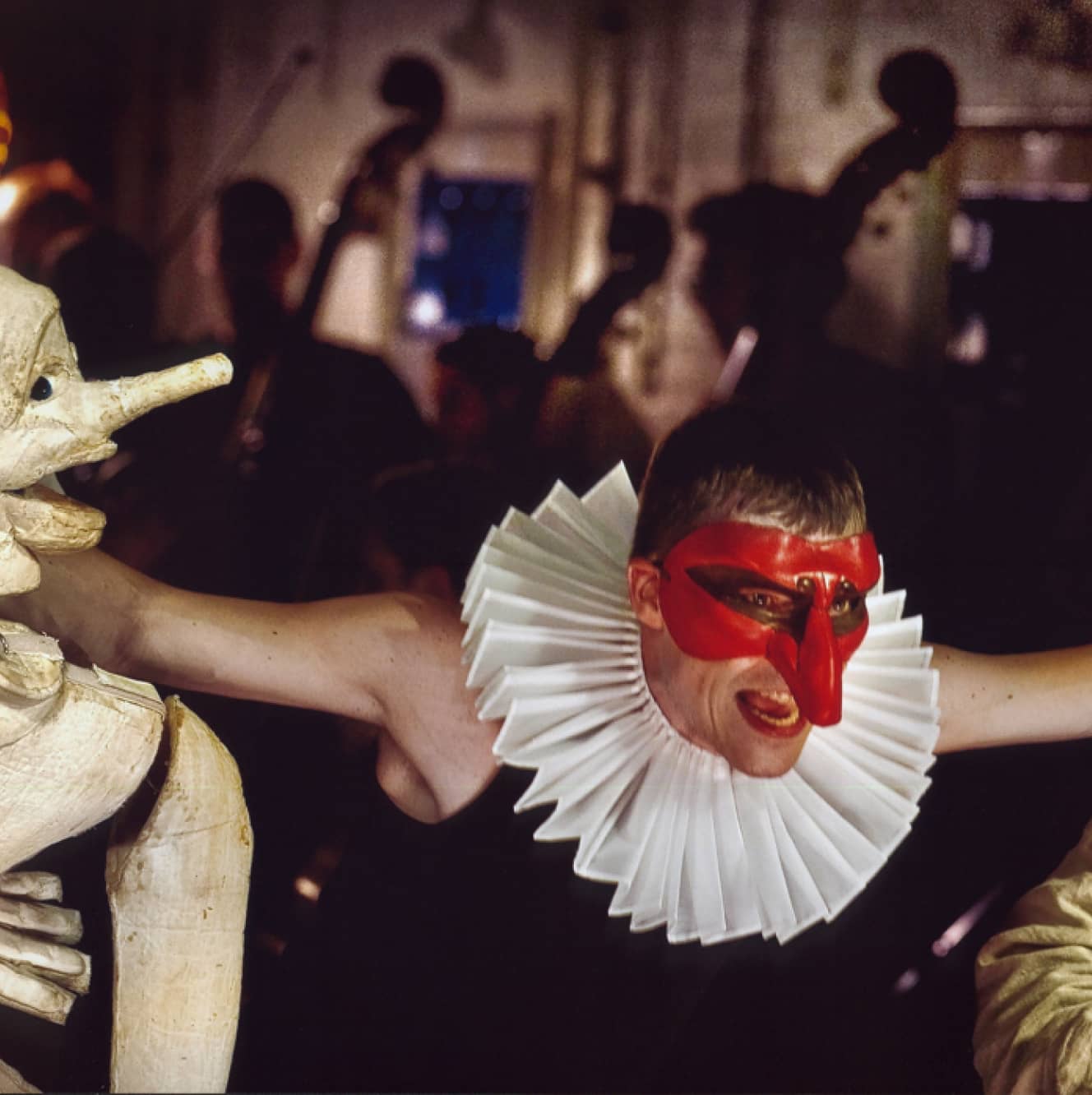 For this unusual street opera, a whole battery of refined costumes and stage set elements had to be delivered in the commedia dell'arte style. We made the costume for the Blue Fairy (the opera singer), the Pinocchio doll, we crafted leather masks according to an ancient molding technique, as well as a transformable carriage, a coffin, a whip and as many donkeys as there were players in the orchestra. This was created under π2 when Inez was co-owner, coupeur and designer. 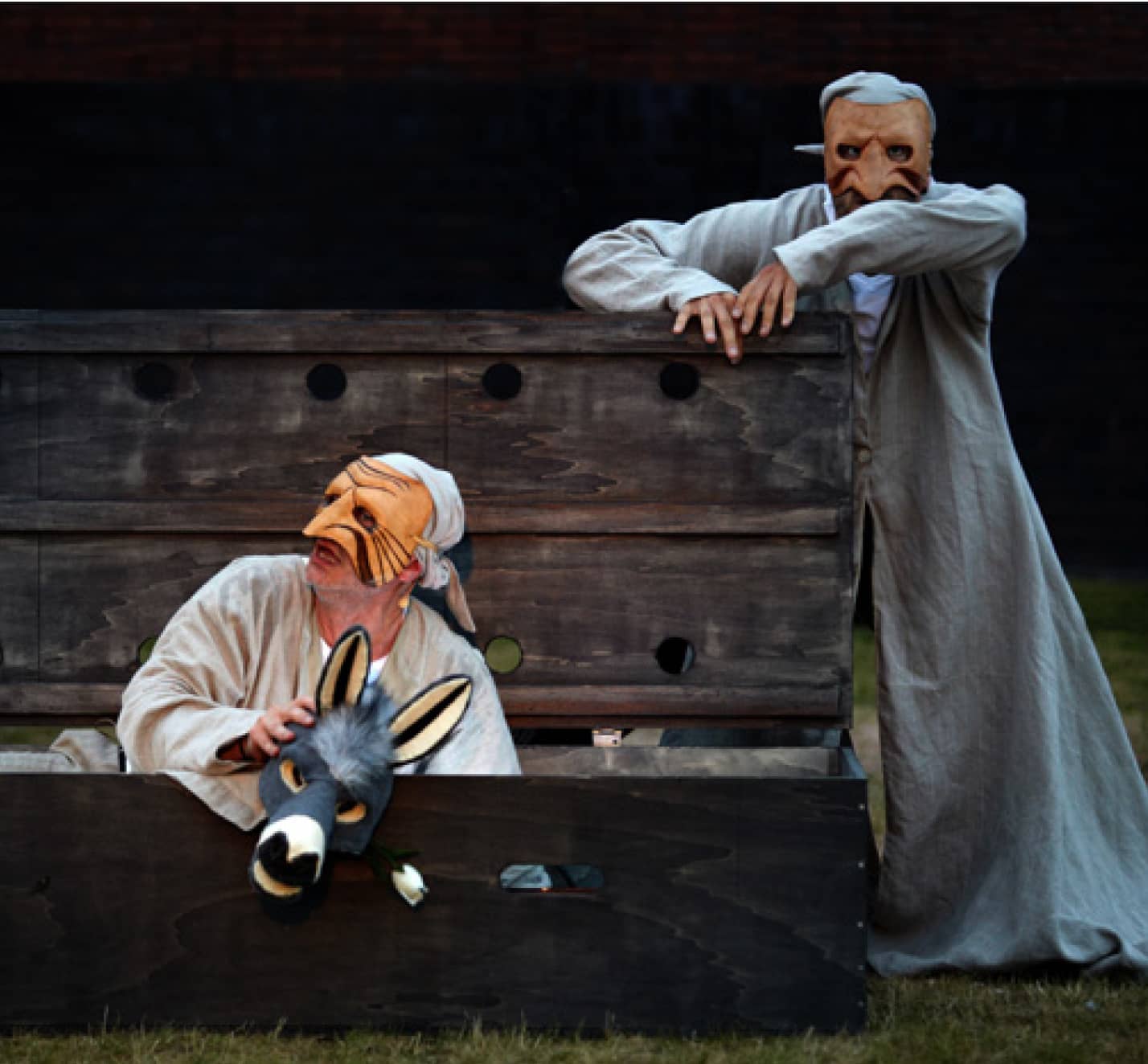 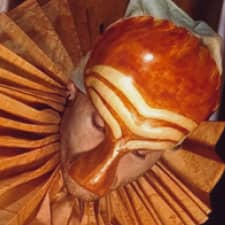 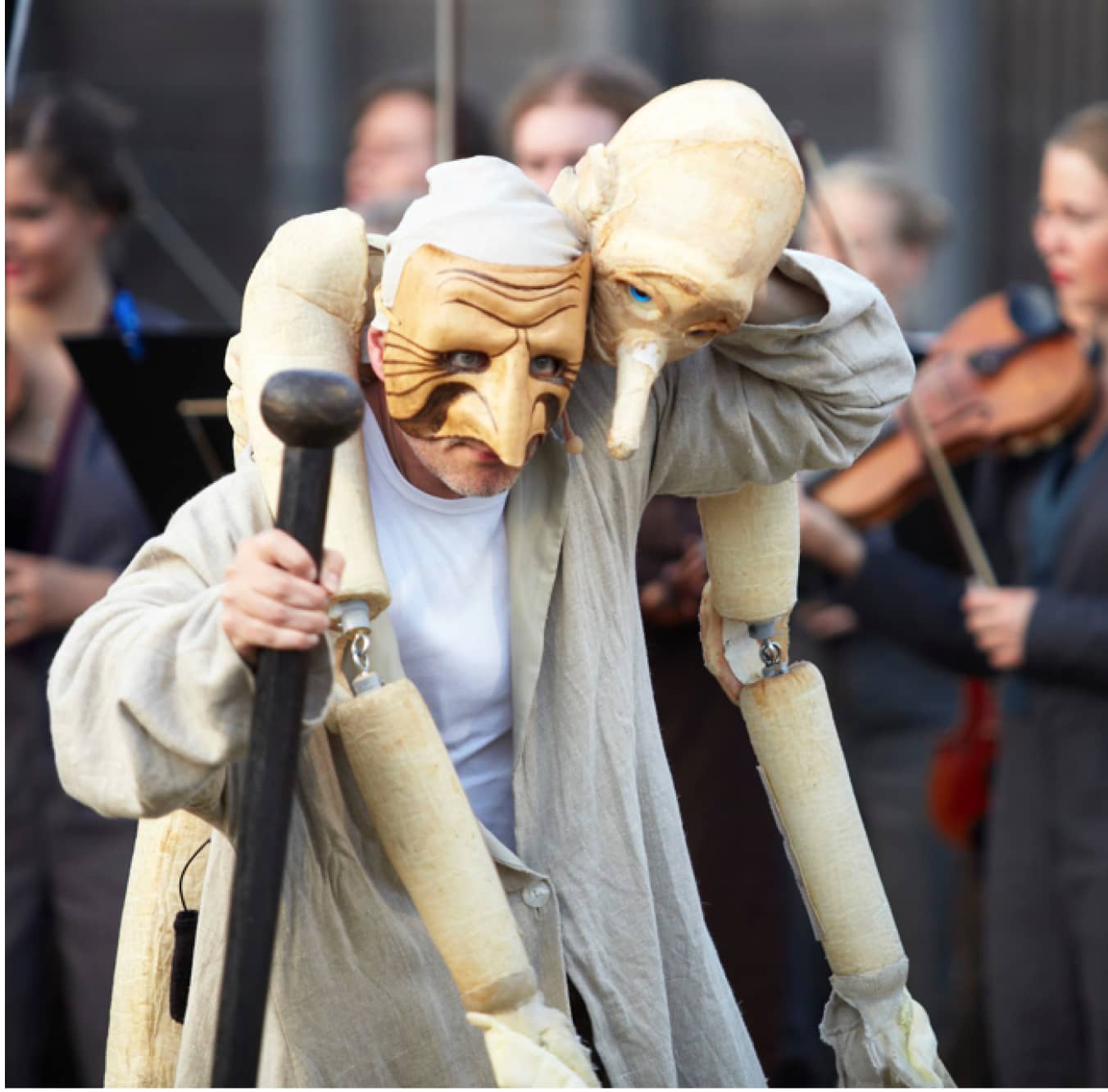 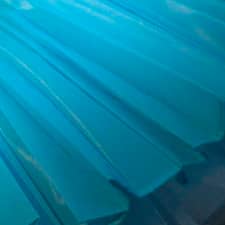